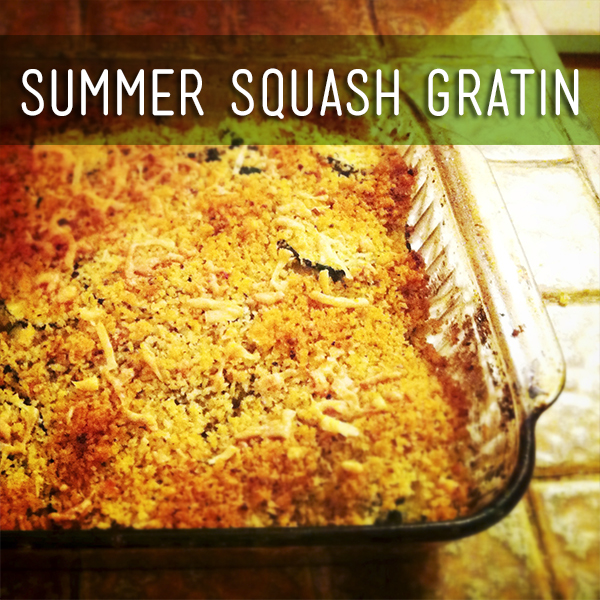 Fall has a funny way of showing up in San Francisco. Famous for truly frigid summers and then spontaneous heat waves in September and October, it can leave us San Franciscans feeling a little confused. It’s hard to say when fall actually starts here, except to say that one day it just hits you over the head. This week it seemed like the city was still trying to decide where it stood,  hitting 75 every day but with mornings cold enough to make me bust out the space heater again. After spending a particularly hot Saturday north of the city and heading back for an early dinner where pesto was still on the menu, I went outside to find thick swirling fog and a gusty breeze. I drove through the haze as my window fogged up for the first time and went past a pumpkin patch – and that was it. It’s suddenly but definitely fall.

This prompted me to think of all things pumpkin of course, but first thing’s first: wrapping up those end of summer produce recipes. We’re still getting summer squash in the farmers’ markets, after all, and there will be plenty of time for doing anything and everything with their heartier gourd-like cousins. Finding myself with lots of squash that needed cooking and a half block of Gruyere leftover from the week before, I went to the person I knew could whip up something wholesome and easy with this – Heidi. Heidi Swanson’s 101cookbooks is my go-to for farm-to-table cooking that isn’t afraid of using butter. And of course, she had a Summer Squash Gratin recipe that was exactly what I was looking for.

This recipe is liberal with breadcrumbs, cheese, and oils – but hey, it’s a pan-full of zucchini and it’s almost hearty enough to be its own meal (I’d be lying if I said I didn’t have a big plate of this for lunch on its own). Heidi’s recipe included potatoes but I had enough squash that I didn’t need it, and besides, the squash cooks so much faster than potatoes anyways. I also was too lazy to make my own whole wheat breadcrumbs (sorry Heidi), but Panko breadcrumbs from the store worked great. This recipe freezes and reheats in the oven a lot better than you’d expect, so make a whole pan! 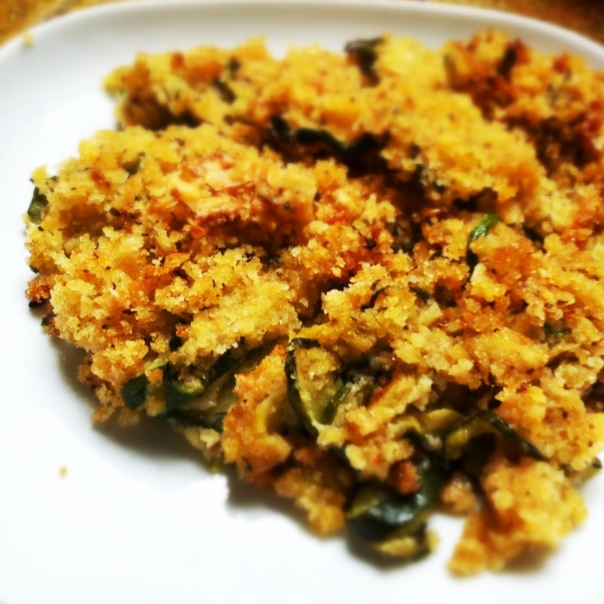 Place the zucchini slices into a colander placed over a sink, toss with the sea salt and set aside for at least 10-15 minutes (to drain a bit). Gently squeeze and pat dry.

Preheat oven to 400F degrees and place a rack in the middle. Rub a 9×9 gratin pan (or equivalent baking dish) with a bit of olive oil, sprinkle with lemon zest, and set aside.

Make the sauce by pureeing the oregano, parsley, garlic, 1/4 teaspoon salt, red pepper flakes, and olive oil in a food processor or using a hand blender. Set aside.

Transfer the squash to a large mixing bowl. Add the oregano sauce and toss until everything is well coated. Add the cheese and half of the bread crumbs and toss again.

Transfer the squash to the lemon-zested pan, top with the remaining crumbs, and bake for somewhere between 30-45 minutes, watching the breadcrumbs. Let cool a little and serve.